When Ann Fandozzi assumed the CEO position of Ritchie Bros. on Jan. 6th, the 62-year-old company was gearing up for its signature six-day live auction in Orlando. The company was also talking about the evolution of its data-based Asset Solutions platform, and was poised to unveil its Market Trends application, which allows users to take a deep dive into its pricing data. 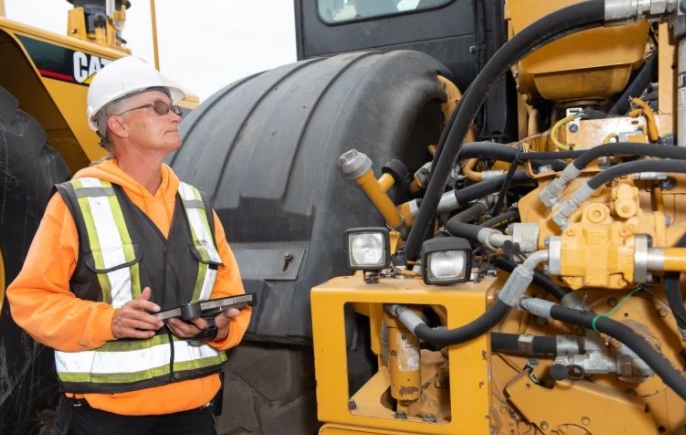 Preparing for upcoming live sales and rolling out new services all came to a sudden halt in mid-March. As with the rest of the world, Ritchie was forced to make a hard turn to digital and pivoted to online-only operations in 96 hours. First dealing with employee safety issues, the company also recognized that “during the pandemic is when our customers need us the most because of the need for liquidity,” Fandozzi says.

The ability to make its digital move so quickly started years ago though, says Fandozzi. And the customer-facing challenges were more about bandwidth and capacity rather than processes, since 65 percent of Ritchie’s transactions were already conducted online.

“Our live sites were already less about auction day and more about performing all of the services our customers need, such as inspections, appraisals, marketing and managing the disposal,” Fandozzi says. “The customer experience is really melding the live and online world, so they have one seamless experience. This time has really heightened the fact that those lines have blurred for us.”

But no matter how digital your operations become, there’s no getting around that construction equipment transactions still involve a physical machine – one that has to be inspected and transported even if only from seller to buyer without the intermediary of an auction site. “We needed to throttle up how we kept our people safe in the physical world,” Fandozzi says. Among other things, this has meant customer drop-offs and pickups now have to be scheduled instead of the previous open-door policy.

Internally, though, the move to digital was a huge pivot, especially in ensuring that employees were outfitted with the ability to work from home. “Our technology organization deserves so many kudos for making this happen,” Fandozzi says.

Fandozzi is also charged with making sure the company has plenty of solvency in place to weather the storm. Ritchie leadership ran a number of scenarios of what the recovery would look like, be it short, long or interrupted by a second COVID-19 outbreak. “Even in our worst-case scenarios, the modeling shows that we should be in a really good place,” says Fandozzi, who has served in two prior CEO spots, at ABRA Auto Body & Glass and vRide, along with stints at Whirlpool, DaimlerChrysler and Ford.

This Enjoyment involved with Gambling within On the internet Internet casino

Come up with Ones own Sacrifice Occasion Rewarding by way of...

Activities Wagering – Gaming the Wise Approach for you to Maximize...

How For you to Select The Right Company Expert Intended for...

This Enjoyment involved with Gambling within On the internet Internet casino

0
An Online Payment Gateway provides the most versatile process for processing sales. From any on the web laptop terminal you have the capability to...